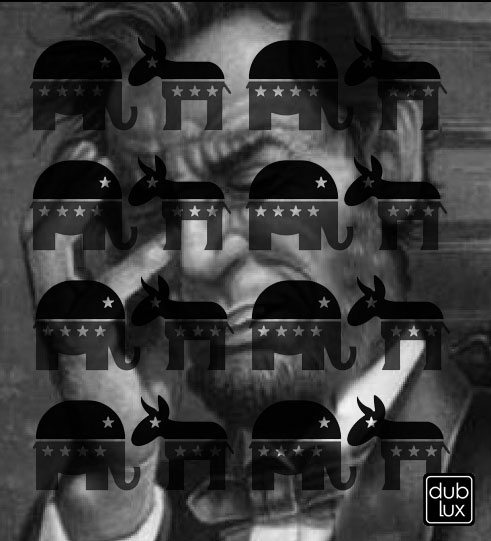 Posted at 04:14h in Unsolicited Opinions by DubLux
Share

It’s been pretty interesting watching national discourse go to hell for a few dollars more over the last 20 years. I remember the good old days of 4th grade, when we were a united nation, free of racism and bigotry. That simplistic viewpoint, taught be well-meaning educators in NYC public schools, did not stand the test of my encounters with the rest of America in Youngstown, New Orleans, Salt Lake City, and countless other places. Our national identity is a patchwork of economic, racial, religious, and intellectual divides. The only real hope for America is if we develop a respect for our differences and find a middle ground with one another. We should be legislating from the middle.

In my deeply held and admittedly uneducated opinion, the greatest thing about this country is that it was founded as an experiment in individual liberty. Every other nation on this planet has a legacy of geography and an identity either based in religious dogma, the fallout of other countries’ wars, or a geographic boundary. Our Constitution was an effort to define a nation through the combined wills of sovereign citizens on equal footing. Avoiding the difficult truths of the genocide at the core of this nation’s birth is problematic. but unavoidable. Everyone lives with choices they cannot undo, and regret is a road oft-traveled by the weary and despondent. As just another blogger, I do not claim to have answers, only serving to advocate calm in the midst of escalating tension.

As a country, we are just a teen. One night fighting with our parents, the next, asking for help with our homework. We turned a new leaf and cleaned up our room, only to get sloppy and crash mom’s car on our way home from prom. It’s only natural that we act self-destructive and lash out in our adolescence. Let’s hope that we can avoid the DUI and detox from our 20th century binge. Looking at the US in the 21st century, it appears we risk becoming victims of our own success.

It is my deepest hope that the toxic discourse between the left and right can serve as a catalyst for a deeper understanding of what it means to be a citizen of this great nation. Specifically, I think we are due for some upgrades to our legislative and electoral process. For starters, we could offer weighted options on our tax return to instruct Congress on where to prioritize spending. Or offer a national voting system that polled more than once every 4 years. Lower the voting age. There are so many great ideas out there, and unfortunately, my generation is so jaded and traumatized by the 21st century, that desperate apathy and outrage on social media have replaced political participation.

In the years since the Patriot Act, I myself have felt self-censorship and the fear of judgement keep me from expressing my thoughts in a public forum. This is my first effort to start a dialog, and hopefully, leads to some meaningful discussions with my fellow citizens. If not, then it is just another footnote, left for posterity. Thank you for reading, stay hydrated, and don’t drive drunk America.